History of All Saints Church, Holbeton

There was almost certainly a church on the present site in the early Normal period, but during the 13th century the present church with a short tower, superseded the older one and during the 15th century it was enlarged – the aisles added, the tower raised and the spire built, the total height being as present, nearly 120 feet.

There is little known about the church building until 1865 when John Bulteel restored the fabric of the chancel and added the three stained glass windows in the East end and the North and South chancel aisles. The spire was apparently plastered in 1885, and in 1897, £20 was spent in ‘restoring the rough cast’, in 1930 the plaster was stripped off at at cost of about £800.

The west door in the tower (the belfry) adorned with linen-fold and floral ironwork, has a border of foliage with a pheasant, a rabbit and hounds chasing a fox. The handle of the tower door has been crafted into the shape of a bell.

From 1885-1889 a great work of restoration was carried out by the munificence of Henry Bingham Mildmay, when £25,000 was spent on the general repair of the whole fabric. During this restoration the floor was lowered and the south porch added, the ‘Adoration’ over the wrought iron entrance gates being a feature. At the same time the clock presented by Mrs H B Mildmay and its special bell given by Lady Revelstoke, were placed in the tower.

Immediately on entering the church, one sees to the left, the ancient Norman font (circa 1160) the only evidence visible of the first Norman church. The square bowl has 5 supports of which the thick centre is Norman. On the two sides of the bowl are blank arches with block capitals between and a pattern of leaf panels.

All Saints has a dignified and spacious interior, with lofty granite arcades (early 16th century), and shallow N. and S. transepts. The tower and spire are probably early 14th century. The church contains much excellent modern woodwork, notably the screens, benches and stalls. The modern chancel roof should also be noted.

Probably the most interesting feature to visitors is the beautiful carving of the benches, the work of the craftsmen at the major restoration in 1885. Each of the bench ends is different and the panels contain animals, birds, flowers, fruit, berries in lovely and intricate patterns. Each is a work of art in itself and well worth a detailed study.

In 2019 the bells underwent a major rehanging and restoration. The last major work to this 13 cwt six was carried out by Harry Stokes in 1909, when a new two tier cast iron bell frame was installed and the bells rehung. The lower bell frame has been retained and restored, but the upper tier was dismantled and brought back to Loughborough for rebuilding on a new galvanised steel grillage. The bells and their fittings had new cast iron headstocks and mainly new fittings, retaining and restoring any of the original fittings that are fit for purpose. 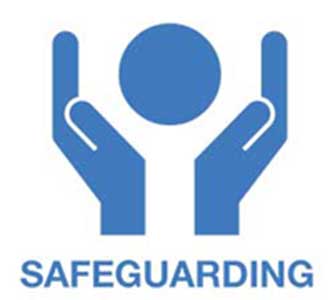